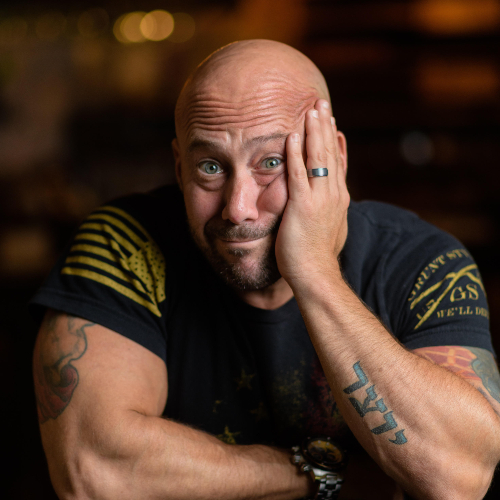 Aaron Berg made his Comedy Central debut on This Is Not Happening in 2016 and has made two appearances on AXS TV’s Live At Gotham, an appearance on Gotham Live VR as well as doing crowd work on Big Jay Oakerson’s WYFD?!?  He is the world record holder for most spots in one night and was recently seen as Italian Goon #3 in the box office flop The Kitchen.

Aaron is half of the daily morning show In Hot Water, which can only be viewed on COMPOUNDMEDIA.COM .  He is also an author and has two books out currently; Mr Manners and American Etiquette.  His 4  albums are available on iTunes and Amazon “COMEDY COLTRANE”, “Mr. Manners Live From Long Island City” , “UNSCRIPTED -MIAMI” and American Etiquette.

Rich Vos
Scroll to top
OUR TROPICANA LOCATION IS OPEN!!!