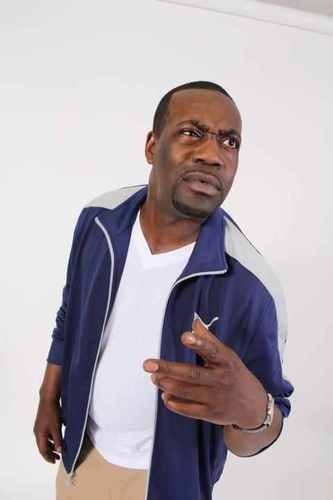 Introducing one of the most talented comedians to step to the stage. Born and raised in Hartford, Connecticut, Marshall Brandon has been making people laugh since he uttered his first words. After earning his B.A. in Criminal Justice from Western Connecticut State University he decided to aggressively pursue a career as a professional comedian and writer. To hone his skills, Marshall entered various competitions. In 2000, through hard work and dedication, he won first place in CPTV’s annual Connecticut Comedy Festival which features the best new comics from New England, earning the illustrious title of “Funniest Person in Connecticut.”, and an Emmy nomination from the Boston / New England Chapter of the National Academy of Television Arts and Sciences. In the years since, Marshall continues to writes and present new material and has established himself as one of the hardest-hitting comedians in the country and has worked with many of today’s most well known comedians. Some of the bonafied head liners that he has opened for include: Talent, Earthquake, Sean Waynes, A.J. Johnson, Mike Epps, John Witherspoon and D.L Hugely. He has also featured on cards for numerous R&B and Hip-Hop acts such as, LL Cool J, DMX, Trey Songs, Bobby Valentino, Jim Jones and Aretha Franklin. Marshall has appeared on BET’s Comic View three times and portions of his routine are shown frequently during the off-season on Classic Comic View.

Terry McNeely
Scroll to top
OUR TROPICANA LOCATION IS OPEN!!!