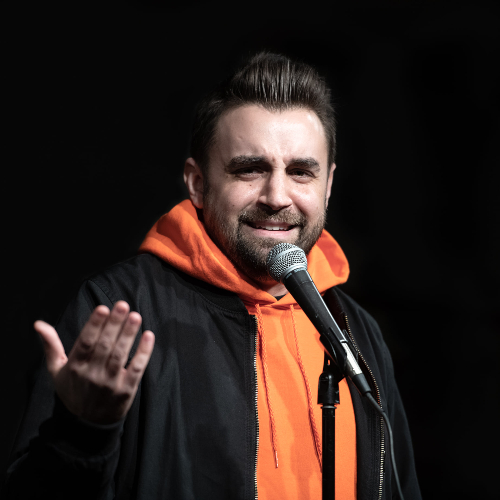 Born and raised in NJ and now based in Los Angeles, Mike Perkins is a stand-up comedian and producer that emcees and features all around the country and in LA at clubs like The Comedy Store, The Improv, and has had the opportunity to host and work with comedians like Whitney Cummings, Pauly Shore, and Melissa Villaseñor. He’s an improv comedy alumni of The Upright Citizens Brigade, has been featured in a ton of festivals, and just recently was a Semi-Finalist in the Boston Comedy Festival.