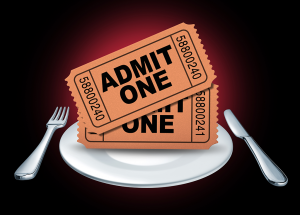 At AC Jokes Comedy Club, we have affordable comedy tickets for sale online that will allow you to see some of the best stand-up comics in the area. With three locations just steps from the AC boardwalk, you can spend your time and money on a night filled with comedy and laughter — instead of a night navigating through the casinos or strip clubs.

In all, whether you are an Atlantic City local or a tourist visiting the NJ shore, there is one thing we all have in common — we all love to laugh! Purchase your tickets online today for just $25 per ticket and be sure to check out AC Jokes for daily hilarious stand-up comedy!

When you buy comedy tickets for sale online from AC Jokes Comedy Club, you are purchasing some of the most affordable comedy tickets money can buy. As you walk into any of our three New Jersey comedy club locations, you’ll feel just as comfortable as you would in your own living room, with hosts who invite you in, pour you a drink, and keep you doubled over in laughter with tales of relationships, personal experiences, and, of course, just a touch of debauchery.

Here at AC Jokes Comedy Club, we pride ourselves on being the only comedy club run by comedians in Atlantic City. So, no matter if you buy comedy tickets for sale online for a weekday show, weekend show, or special holiday show, there is no doubt in our mind that our comics will keep you thoroughly entertained, and slightly in pain from the laughter. AC Jokes is home to comedians like Zach Pickert and Buda the Comedian, who are known across the Atlantic City stand-up circuit, to nationally-recognized comedians like Ray Vazquez, the champion of the Comics Watching Comics 2017.

If you are in the mood for a laugh, AC Jokes Comedy Club is the spot for you. Not only do we offer affable tickets for sale online, but we also have shows on a nightly basis. Be sure to get your comedy tickets today or contact us for information on how we can host your next fundraiser in NJ.